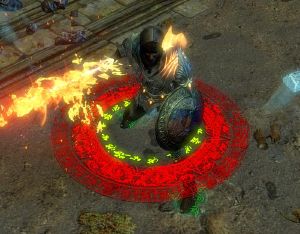 For the non-Vaal counterpart, see Haste.

Vaal Haste is a vaal aura that temporarily increases the attack speed, cast speed, and movement speed of the player and their allies.