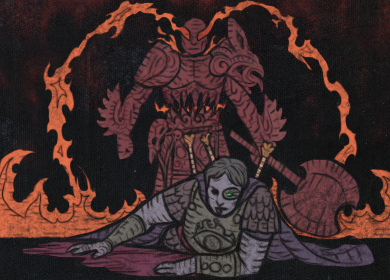 The Lion is a divination card. A set of five can be exchanged for a random unique item that is thematically associated with General Marceus Lioneye.

This card has not yet been assigned or the creator wishes to remain anonymous.

General Marceus Lioneye was killed by Karui women as Karui culture did not prevent them from using bow.