From Path of Exile Wiki
Jump to: navigation, search
An overview of passive skills 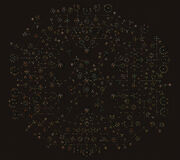 Every character in Path of Exile has access to the passive skill tree. The passive skill 'tree' is a large network of stats and raw attributes increases for the player's character. All classes use the same tree, but start in different places. When a character levels up or completes certain quests, he or she gains one skill point. A skill point allows the player to allocate a node on the skill tree, provided that it is already connected to an allocated node. This is how the character's passive 'path' is formed.

Listed below are all the quests that reward passive tree points. There are 22-24 total, depending on your choices during the Bandit quest.