From Path of Exile Wiki
(Redirected from Jeweller's Strongbox)
Jump to: navigation, search
Strongboxes: Everything you need to know 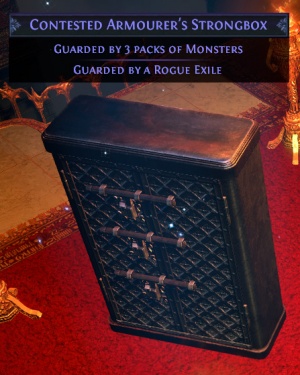 With 2218 strongboxes pool[3], done via Monstrous Treasure prophecy, users expect the following kind of distribution. Note that test was made in Tier-13 and higher maps, where Cartographer's strongboxes cannot spawn.