From Path of Exile Wiki
(Redirected from Doedre)
Jump to: navigation, search 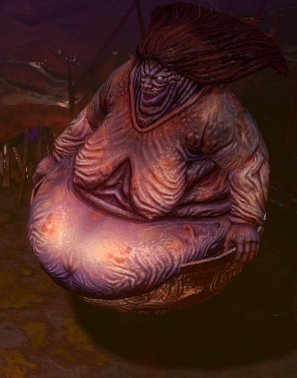 Doedre Stamatis was a thaumuturgist and Maligaro's pupil.[1] When Maligaro cut her tongue off, she embraced her loss and took on the surname Darktongue and took on an innovative mean of spellcasting -- from the theme of items, presumably curses. [2]

In the Western Forest players find a Proclamation in the center of the stone circle - a stone plaque with a description of the fault of the Doedre and the award for her punishment.

Doedre is battled several times in the storyline:

Furthermore she can be encountered in the following maps: