From Path of Exile Wiki
Jump to: navigation, search
This page is about the race league. For the Act 9 area, see The Descent.

Descent is an hour-long race league introduced in Season Three. It also was the signature event for Season Three, meaning there was a separate leaderboard for Descent racers.[1]

The race uses many aspects of roguelike games. Characters enter a dungeon and fight their way through 15 levels, meeting increasingly tougher foes on the way down to the bottom level where a final boss awaits. Although Descent is a hardcore race, dead characters are still eligible to receive race rewards.

Descent is a significant departure from the other race leagues. Here is a rundown of the main differences.

Interaction with other leagues and players 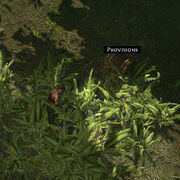 There are three special types of chests that appear only in Descent: Provisions, Curious, and Alluring. These chests contain useful items such as flasks, skill gems, equipment, and crafting currency. The contents of each chest are predetermined and depend on the character class and the area they're located in: see Descent Chests for a complete list of items.

This is a chest that appears at the very start of the game near the character spawn point. It contains two

Small Mana FlaskSmall Mana FlaskRecovers 50 Mana over 3.00 seconds
Consumes 6 of 24 Charges on useRight click to drink. Can only hold charges while in belt. Refills as you kill monsters.

These two chests spawn at a fixed point near the exit of every area. The chests vary mainly in the currency they drop. Players must choose one of the two chests to open in each area; the other chest will vanish along with its contents.