From Path of Exile Wiki
Jump to: navigation, search
This page is about monster aura. For degeneration in general, see damage over time.
Debuff 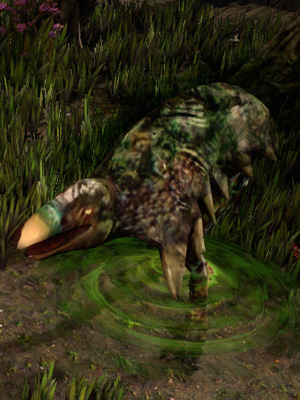 Degeneration Aura is a monster aura that deals chaos damage over time to nearby enemies. It can be found on monsters with the mod Enemies take Chaos Damage over time that displayed in their nameplate, or monster that use the skill ChaosDegenAura (it will not display in the nameplate). Monster with any one variant, will have a visual aura-effect under it.

There are other monster auras that also deal damage over time: