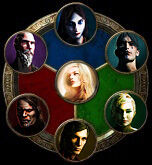 The current classes, positioned corresponding to their place in the passive tree.

Path of Exile uses three main attributes – strength, dexterity, and intelligence – and its seven playable character classes (also called core classes) are each associated with one or more attributes. The player chooses a class for his character in the character creation screen. A newly created character starts its journey through Wraeclast at Twilight Strand. Each character class has a different starting location on the passive skill tree, starting attributes and statistics and quest rewards. Later, upon completing the Labyrinth, players can specialize their character by choosing an Ascendancy subclass. The subclasses available depend on the character class chosen.

The following stats are the same for all new characters, and gain the same amount per level. Characters start with different accuracy ratings, but all gain 2 base accuracy per level.

Players can use any items or skills, providing they meet the relevant attribute and level requirements. This gives players the freedom to highly customize their characters and design creative builds with unusual play styles. For new players, however, it is generally easiest to invest in the attributes appropriate to their character class.

Path of Exile: Character Classes - Everything you need to know

There are three "pure" characters, classes that are aligned with one of the three core attributes. 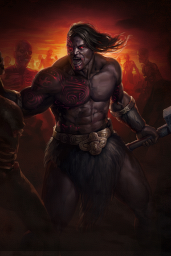 Strength confers raw brute power, and its character class is the Marauder. He wields maces to deal high physical damage, and Strength armour pieces grant him physical damage reduction. Monsters aligned with Strength generally hit hard and take many blows to defeat. The element aligned with Strength is fire. The Marauder's Ascendancy classes are Juggernaut, Berserker, and Chieftain.

The Marauder starts with the following attributes: 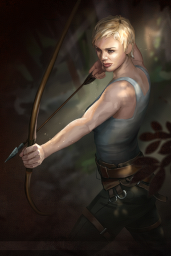 Dexterity confers agility in combat, and its character class is the Ranger. She uses bows and rapiers to attack quickly and accurately, and Dexterity armour pieces grant her the ability to evade enemy blows more often. Monsters aligned with Dexterity are nimble and difficult to hit, often attacking from a distance or with multiple weapons. The element aligned with Dexterity is cold. The Ranger's Ascendancy classes are Deadeye, Raider, and Pathfinder.

The Ranger starts with the following attributes: 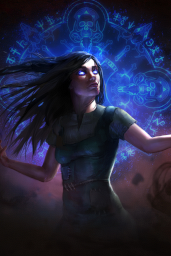 Intelligence confers knowledge – of both arcane magic and deadly combat techniques – and its character class is the Witch. She wields weapons like the wand and sceptre with improved critical strikes, and her Intelligence armour pieces grant the wearer a mystical energy shield which protects them from damage and can recharge when they are out of combat. Monsters aligned with intelligence are often spell-casters who can be dangerous if not immediately dealt with. The element aligned with Intelligence is lightning. The Witch's Ascendancy classes are Necromancer, Elementalist, and Occultist.

The Witch starts with the following attributes:

There are four "hybrid" character classes in Path of Exile that use a combination of attributes. 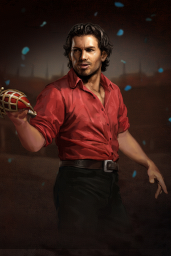 The Duelist excels at both Strength and Dexterity skills, and fights with swords and axes. He utilizes both the attack speed and evasion from Dexterity and the damage and armour of Strength to quickly deal large amounts of damage while staying safe from physical attacks. The Duelist's Ascendancy classes are Slayer, Gladiator, and Champion.

The Duelist starts with the following attributes: 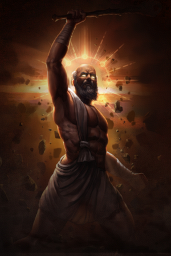 The Templar represents Strength and Intelligence, and fights with staves and sceptres. He can become a powerful spellcaster or use his elemental damage to perform strong melee attacks. The Templar's Ascendancy classes are Inquisitor, Hierophant, and Guardian.

The Templar starts with the following attributes: 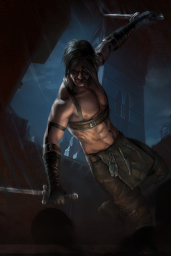 The Shadow is proficient with Dexterity and Intelligence skills, and fights with daggers and claws. He can deal strong critical strikes with weapons or spells, and his traps and mines can disable enemies or deal high damage. The Shadow's Ascendancy classes are Assassin, Saboteur, and Trickster.

The Shadow starts with the following attributes: 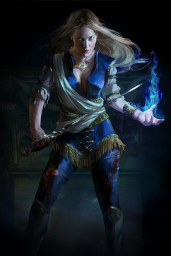 The Scion is aligned with all three attributes, and is therefore the most flexible class in terms of character design and skill use. She starts at the center of the passive skill tree. The Scion has one Ascendancy Class: the Ascendant.

The Scion starts with the following attributes:

Characters, monsters, and items can all be associated with multiple attributes at once. For example, a staff weapon is generally about 70% strength and 30% intelligence. It differs from a maul (which could be 100% strength) because it is better at scoring critical strikes, but doesn't hit for as much raw physical damage.