From Path of Exile Wiki
(Redirected from Burning Ground)
Jump to: navigation, search 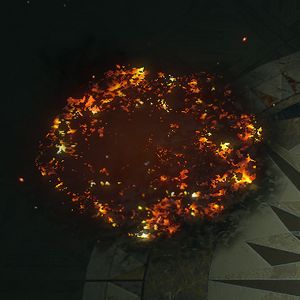 Burning ground is a detrimental ground effect that deals burning damage (fire damage over time). This effect is not the same as applying the ignite status effect. The amount of damage per second inflicted by burning ground depends on its source.