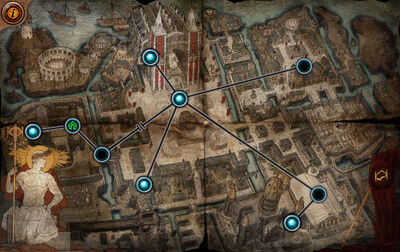 Act Five is Path of Exile's fifth storyline act. In this act , the exile returns to Oriath to find the slaves in revolt. The leader of the revolt claims allegiance to Kitava , a Karui god of corruption. The exile seeks to kill High Templar Avarius in order to end the tyranny of the Templars.

It covers monster levels 41–45, and its town is Overseer's Tower.

Once Innocence is killed, Act 5's structure will change permanently. The Chamber of Innocence waypoint will remain, but areas between the Control Blocks and the Torched Courts will become hidden again and the related waypoints will be unusable until rediscovered.